In the News
Press Releases
Blog

The $25,000 Electric Vehicle: How OEMs Achieve Mass Market Success in the EU and USA 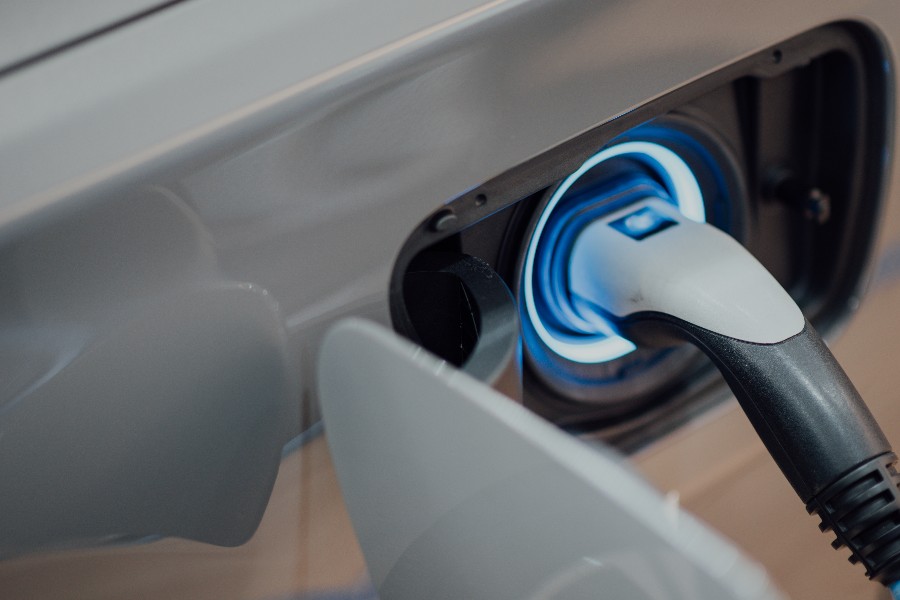 The late Fiat Chrysler Automobile CEO Sergio Marchionne was one of the boldest business leaders of his generation and had a reputation for an outspoken and often blunt approach. This was especially true when he shared his thoughts on the Fiat 500e, a BEV version of the popular Fiat 500. “I hope you don’t buy it because every time I sell one it costs me $14,000,” he said to an audience at the Brookings Institution in 2014 about the 500e. “I’m honest enough to tell you that.”

While other auto executives may be less vocal, this has been a common problem throughout the auto industry: turning a popular ICE model into a BEV without sacrificing performance and maintaining gross margin per vehicle. The Fiat 500e is not alone as many popular models such as the VW Golf sold a BEV version in low volumes for compliance and other purposes. These cars cost up to twice as much as their ICE counterparts and by all accounts still lost money. To be fair their purpose was never to make a profit, but this left a bad impression on P&L minded auto executives like Sergio Marchionne. All things considered this may be the best path for OEMs to achieve electrification goals as introducing new car models to the market is both expensive and risky. Today OEMs now have resources to successfully transition existing models from ICE to BEV, namely unified BEV platforms and less expensive batteries.

We have analyzed what makes a mass market vehicle both popular and profitable. We also analyzed what technologies are available to OEMs to successfully transition popular ICE models to BEVs while protecting profit margins and the brand that underpins them.

Before the pandemic roughly 76% of vehicles in the US sold for under $25,000. The market share of similar low-cost cars in Europe is even higher as small car sales still dominate [citation]. BEVs must reach this important price point in order to reach the mass market.

The $25,000 Toyota Camry has sold over 16 million units globally since its introduction and is one of the most popular cars in history. It remains a popular model in the United States and sets standards for what consumers expect in a $25,00 car: reliability, low cost to operate, and sufficient range. While BEVs are, for the most part, inherently better than their ICE counterparts at the first two, range, or lack thereof, has been a largely unjustified deterrent to BEVs for many consumers. Nonetheless delivering the BEV that consumers want will require balancing more range and the associated battery size with total production costs.

The Chinese market has become the largest single country BEV market in the world largely due to availability of low-cost BEV models. They have achieved this in part through a number of government incentives but what underpins this success is low-cost batteries.

Range is frequently cited as the most important concern consumers have about BEVs even though an MIT study has shown that 87% of the population can get through the day with 74 miles of range. Still, OEMs offer or will offer BEVs with around 250 miles of range coming from pack capacities of around 50kWh for their high volume BEVs. 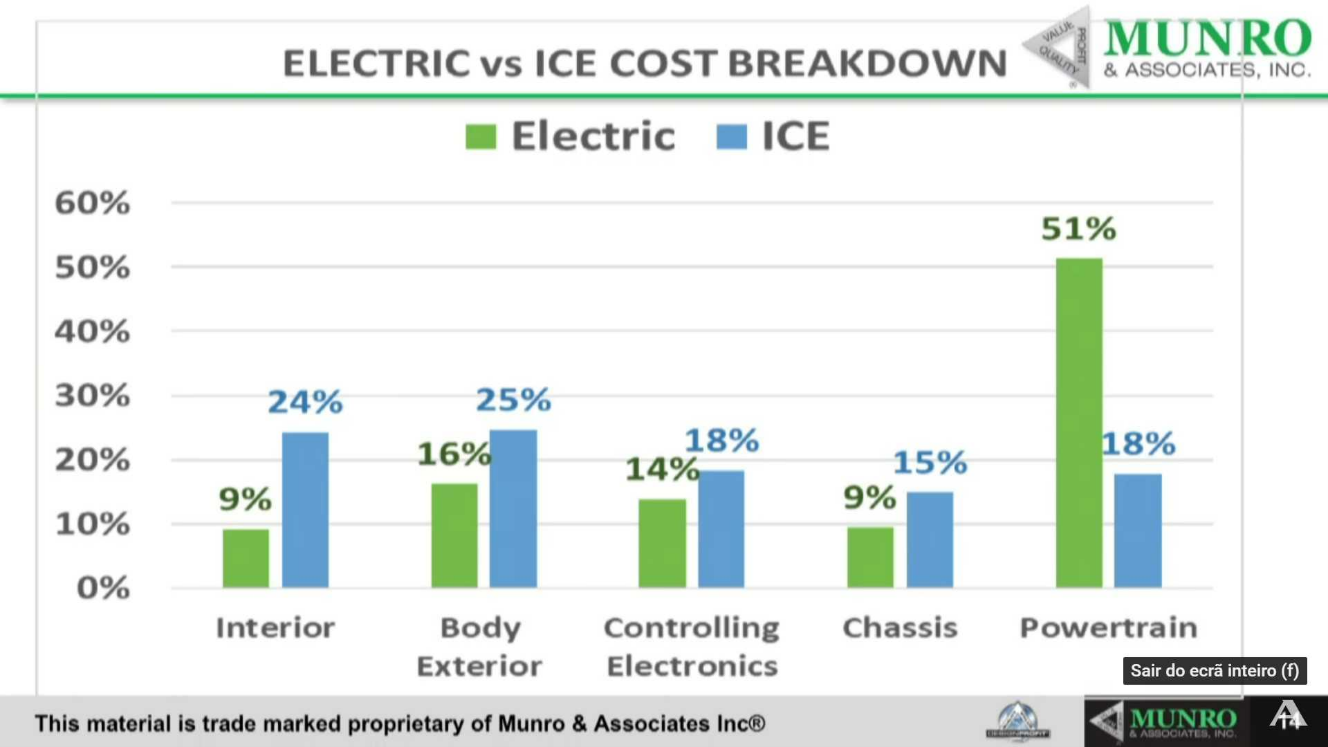 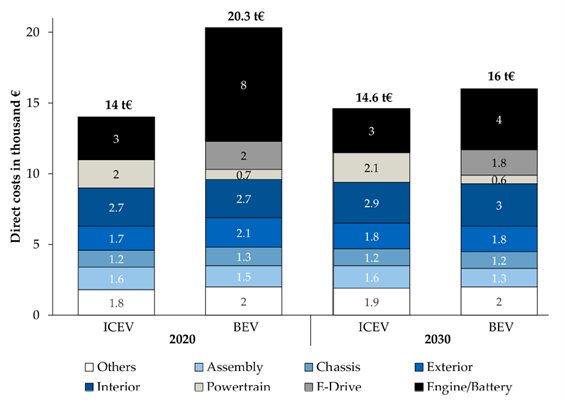 According to Bloomberg New Energy Finance[1] (BNEF) cells account for about 80% of pack cost. This would put the target price for cells at $2,500 or $50/kWh for a 50 kWh pack. BNEF also has a pack level price target of $62/kWh (with cells accounting for $50/kWh) in 2029. Nanoramic’s technology has the potential to achieve this price target much sooner. This, along with a modest reduction in other BEV powertrain costs allows for a $25,000 BEV where OEMs can maintain the same profit margins from high volume ICE vehicles.

Nanoramic Laboratories has developed battery manufacturing technology that can reduce overall cell costs by 27%[2], reaching costs as low as $50/kWh years sooner than forecasted by BNEF. These cost savings can catalyze ICE to BEV transition on popular models without having to change vendors and while maintaining performance specifications and profit margins. This means that automotive OEMs can meet electrification mandates without sacrificing shareholder and brand value. As a technology partner Nanoramic Laboratories can work with nearly any battery manufacturer as we can retrofit to existing equipment and are chemistry agnostic.

In addition to the cost savings Nanoramic’s technology reduces the carbon footprint of battery manufacturing, an important feature in the EU as the Batteries Regulation CO2 labeling requirements come into effect. It also makes faster charging possible which will be an important factor for any market where charging infrastructure lags BEV adoption itself.

Charlie Parker is founder and principal consultant of Ratel Consulting, a market intelligence and strategy consulting firm in Cambridge, Massachusetts. He leads the energy storage practice, which focuses on the battery value chain and lifecycle and advises startups, corporations, financial institutions, and nonprofits. He is a founding member of the Green Finance Institute’s Coalition for the Decarbonization of Road Transport.

[2] Porsche Consulting GmbH 2022 report generated for Nanoramic Laboratories on cost modeling and evaluation of user benefits for Neocarbonix technology based on the properties cited by Nanoramic.

Your experience on this site will be improved by allowing cookies.